When Francesco Mondo, now a Cloud ERP Specialist in commercial sales for the SAP Dublin office, started using social selling methods in 2015, he was working for a different company. As is the case with many companies, they were old school and anxious about new technologies. After all, in 2015 social selling was still new for a lot of businesses.

While that organization was more focused on cold calling, Francesco wanted to experiment and try the emerging social selling techniques. And that’s partly how he ended up at SAP, a company that has embraced social selling and achieved success with it.

Francesco admits that he had some misconceptions early on about social selling. “I thought that it might be a bit of a fad or that not that many people used LinkedIn and that it might not be an effective way to message people or to get on their radar,” he said in his interview.

But after a couple months of actually using social selling, it became the center of everything that he did, especially finding new prospects.

#SocialSelling is a key skill for today’s B2B seller because it locates new prospects. @kurtshaver #DigitalSalesClick To Tweet

Now Francesco regularly uses LinkedIn Sales Navigator to gain exposure with clients and to reach out to the right prospects, at the right time, with the right information.

Most importantly, he uses the platform and a variety of tools to easily multiply his efforts with mass outreach capability, and to track the analytics.

Those familiar with LinkedIn Sales Navigator are aware of the benefits of being able to track leads and accounts separately from the noise of your primary LinkedIn Home Page feed. In addition, Sales Navigator has InMail messaging as another way to get in touch with people.

But Francesco mentions that social selling really started to develop for him when he discovered plugins as part of an overall strategy. For instance, GetProspect is one tool that will extract information, such as email addresses or mobile phone numbers, from your contacts into a .csv file. It can then plug that data into your CRM or Excel spreadsheets, where you can leverage it for email marketing campaigns and tracking other activities. Afterwards, you can use that information to see how different organizations are responding to your efforts and the best connections for sales prospecting.

Using social selling to prospect takes patience, but it rewards those who pay attention. In fact, just this year Francesco had identified a VC-backed pharmaceutical manufacturer and he sent this contact a message congratulating him on a promotion and a recent acquisition his company had just made. He also offered to discuss integrating their business systems, which he’d helped other companies with in the past.

Within a few days, the contact responded and said that they should grab coffee, even though he was pretty sure they’d stick with their current solution. Francesco agreed to the meeting, but wasn’t expecting too much to come from it.

At the same time, Francesco who leads a team in the life sciences vertical, called a director of operations at Company B, based on the analytics of an email campaign.

Before the call, he opened Sales Navigator and saw that this director had previously worked at Company A (the pharmaceutical company whose rep he would be meeting with). So, in the course of a conversation, Francesco brought up that he was going to get coffee with his contact from that company. The Director of Operations at Company B said, “That’s really interesting. They had a failed implementation of an ERP system and it’s caused loads of chaos. They definitely need some help.”

As a result, Francesco was able to go into the meeting with Company A and use that information as a way to show that he understood their pain and that he had the right solution.

Find out why #SocialSelling is an effective way to gain insights into target accounts. @kurtshaver #DigitalSalesClick To Tweet

If there were one recommendation that Francesco could make to his fellow sales professionals around the world, it’s that Sales Navigator’s Advanced Search is the center of everything he does.  It allows him to find companies with the same characteristics of companies he’s helped in the past, in order to get a new batch of leads and connections.

Social Selling has become such a hot topic that the Coffee-Break with Game Changers podcast is dedicating an entire series to exploring its various facets and promoting best practices for salespeople. To listen to other shows in this series, visit the SAP Radio area of the SAP News Center. 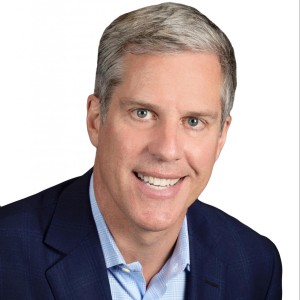