A Sales Manager’s Guide To Killer Engagement At Your Next Trade Show Sales Booth, with Alice Heiman, Episode #125

If you are going to spend the time and money to send people from your company to work a trade show booth, you need to be sure that you get the greatest ROI possible. This episode of #SellingWithSocial features my friend, Alice Heiman who has co-founded TradeShow Makeover, a company designed to help you sell more at trade shows.

Listen to hear the biggest trade show fails Alice has seen, who she says should be manning your booth, what your objectives at trade shows should be, how to convert sales leads from a trade show into revenue, and more.

This episode could empower your team to get more qualified leads into your pipeline in one weekend than they are able to get all year, so be sure you listen to Alice’s tips.

A #sales Manager’s Guide To Killer Engagement At Your Next #tradeshow Sales Booth 🎧 Join @AliceHeiman of @showmakeover and @M_3Jr, CEO of Vengreso on this episode of #SellingWithSocial. Listen now! #SalesTips #Gong @Gong_ioClick To Tweet

Are You Guilty Of These Trade Show Fails?

Alice has seen it all when it comes to the things people do while manning booths at trade shows so I asked her to share the biggest fails she’s seen. Among the many hilarious – and sad things she had to share were:

And the biggest fail of all: Lack of preparation.

Alice says that when a company does not diligently train the people working the booth, they leave a lot of the benefits of being at the trade show on the trade show floor. You’ve got to hear Alice’s observations and tips. Her advice is gold for those who want to make trade show participation truly worth it.

After all, achieving success in modern sales means combining digital selling strategies with old-school methods, such as selling at trade shows. This is how your reps have more sales conversations and increase their win rates.

Who Should Work Your Trade Show Sales Booth?

Should the people working your trade show booth be Business Development Reps? Or should you send the most experienced closers, people who know how to have conversations that address the problems prospects are looking to solve?

Alice says a lot of thought needs to go into who’s going to staff the booth and that the decisions you come to may differ depending on whether you’re a startup or established company, what size booth you have, what your goals are, and more.

Most importantly, Alice’s biggest trade show tip is to figure out what you want from your participation at the show. You’ll be able to decide on who should be in the booth based on those goals. Alice says it’s often beneficial to have a blend of people at the booth, including senior executives and founders, subject matter experts who can answer questions that may arise, customer success executives, and of course, great sales managers.

Who should be in the booth at your next #TradeShow to maximize leads and #sales? 🙋🏻‍♂️ Find out from @AliceHeiman of @ShoweMakeover and @M_3Jr, CEO of Vengreso, on this episode of #SellingWithSocial. #SocialSelling #Gong @Gong_ioClick To Tweet

Many companies try to motivate their booth personnel by putting silly contests into place. One of the most common is giving some kind of spiff or reward for the person who scans the most badges. Alice is on a mission to kill that idea because it doesn’t work and isn’t a very effective way to get qualified leads.

Rather than scanning badges like crazy, booth staff should be focused on having memorable conversations to generate high-quality leads. This includes asking questions that make people think, providing insights people haven’t thought about before, and expressing empathy for the problems booth visitors are facing.

When you get contact information from people who have experienced those types of conversations at your trade show booth, you’ll have leads that are truly interested in your product or service.

How To Get The Best Sales ROI From A Trade Show

If you’re going to participate in a trade show, how can you get a high ROI? Alice says it begins with aligning marketing and sales before the show to decide what they’re goals are. That means putting measures in place that you can quantify, such as:

Every company will need to nuance those measures to fit their industry and goals, but the point remains that clear measures need to be in mind – and everyone staffing the sales booth should be trained on those goals and how to go about reaching them.

Statistics from the Center for Exhibit Industry Research show that it costs 62% less to convert leads from a show than from leads generated in the field. Listen to learn how to get the biggest ROI from your next trade show booth.

Do you know how to train the team for your #TradeShow booth to get #leads that convert? Discover how on this episode of #SellingWithSocial with @AliceHeiman of @ShowMakeover and @M_3Jr, CEO of Vengreso. 🎧 #Leadership #Gong @Gong_ioClick To Tweet

Are you guilty of these #TradeShow fails? Find out what TO do and what NOT to do at your next trade show booth by listening to this conversation with @AliceHeiman of @ShowMakeover and @M_3Jr of Vengreso, on #SellingWithSocial. #Sales #Gong @Gong_ioClick To Tweet What’s the right objective for those in your #TradeShow booth? If they don’t know, they won’t hit it. Learn more from @AliceHeiman of @ShowMakeover, on this episode of #SellingWithSocial with @M_3Jr, CEO of Vengreso. Listen! #SalesTips #Gong @Gong_ioClick To Tweet
Tweet
Share28
Share
Pin1
29 Shares 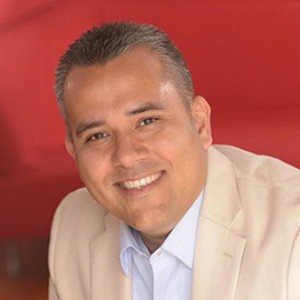