LinkedIn posts effectiveness is somewhat of a mystery. As Bernie’s guest, Scott Ayres says, “LinkedIn is like the Uncle who always comes to the family reunion with a great casserole, but you forget is there.” So Scott and his team at Agorapulse decided to do a social media experiment to see exactly what post types are effective on LinkedIn.

Scott is a Content Scientist for Agorapulse – he runs experiments as part of the company’s Social Media Lab. During this conversation with Bernie you’ll hear how he runs experiments using different content on the various social media platforms, verifies it through the expertise of an actual data scientist, and publishes the results.

Scott’s findings from a recent experiment about LinkedIn posts is the special topic of interest for this episode.

When it comes to creating effective #LinkedIn posts, the science doesn’t lie. @scottayres of @AgoraPulse shares the data on this episode of @SBEngine w #CMO of Vengreso, @BernieBorges. 🎧 Listen! 🎧 #SocialSelling #SBEShowClick To Tweet
Here's what we'll cover: Click to Hide TOC
Sales Professionals Need Social Best-Practices Based on Data, Not Anecdotes
Problem -> hypothesis -> research -> findings
Text-Only Posts on LinkedIn Are Viewed Massively More Than Others
How Effective Are Hashtags on LinkedIn?
Featured on This Episode
Outline of This Episode
Resources & People Mentioned
Connect With Bernie and Social Business Engine
Tweets

Sales Professionals Need Social Best-Practices Based on Data, Not Anecdotes

Any Google search for “How to post effectively on LinkedIn” or “LinkedIn best-practices” will provide hundreds of results, but how do you know which of the posts returned are actually trustworthy?

The leadership at Agorapulse, a social media scheduling tool, has dedicated a significant portion of its monthly budget to run data-driven social media experiments through what they call “The Social Media Lab.” Scott Ayres leads that team in carrying out all kinds of tests and trials based on this pattern:

With the help of an actual data scientist who is on staff at Agorapulse, the team is uncovering best-practices and publishing them publicly for anyone to learn from. Our team here at Vengreso is very keen on LinkedIn, so Bernie asked Scott to elaborate on the findings from a recent SML experiment about the kind of LinkedIn posts that perform best. You will find the results surprising.

Text-only posts on #LinkedIn are viewed massively more than others. @scottayres of @AgoraPulse shares the data on this episode. 🎧 Listen! to this episode of @SBEngine with #CMO of Vengreso, @BernieBorges. #DigitalSelling #SBEShowClick To Tweet

Text-Only Posts on LinkedIn Are Viewed Massively More Than Others One of the principles you hear touted about using social media effectively is that it’s a visual medium – so posts that include images, gifs, videos, etc. are more effective. Scott Ayres wanted to test that hypothesis, especially as it has to do with LinkedIn. His team at the Social Media Lab used three accounts with large followings to test the following hypothesis – Text-only posts would garner the lowest amount of views.

The team posted a variety of content types over a specified period of time, and tracked the engagement for each. What were the results? In Scott’s words, “Text-only posts on LinkedIn had an increase of 1,069% views.”

That’s the type of data that helps those of us in sales and marketing understand how to garner better engagement for the sake of establishing relationships and uncovering needs. Listen to this podcast to hear more about how posting on LinkedIn create more sales conversations.

How Effective Are Hashtags on LinkedIn?

It hasn’t been around for long, but LinkedIn now supports the use of hashtags. It’s easy to forget that the functionality even exists on LinkedIn but those who are utilizing hashtags are seeing great results – and the data Scott and his team have been able to compile from their experiments prove it’s not just anecdotal.

The Social Media Lab experiment about LinkedIn hashtags shows that posts using at least one hashtag get 29.59% higher impressions. Based on those findings, Bernie and Scott discuss the ways hashtags can be used to coordinate sharing efforts by a sales or marketing team, how searches can be made using hashtags. If you’re interested in increasing your activity on LinkedIn and think hashtags could help you do that, listen to this episode to get Scott and Bernie’s advice on the issue.

#SocialMedia is a visual medium right? Not #LinkedIn. @scottayres of @AgoraPulse shares the amazing data on this episode of @SBEngine with #CMO of Vengreso, @BernieBorges. 🎧 Listen! 🎧 #DigitalSelling #SBEShow #SocialSellingClick To Tweet

There are TWO WAYS you can listen to this podcast. You can click the PLAYER BUTTON at the top of this page… or, you can listen from your mobile device’s podcast player through the podcast subscription links above. 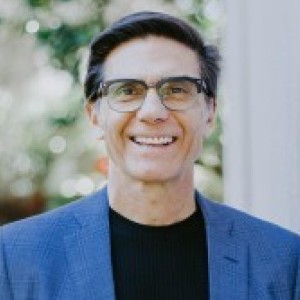